The beginning of my journey

Mirjana Krisanovic the only blind actress from Sweden:

When I am writing this I am siting besides my bag. I am humbling grateful to all people who support me and it feels overwhelming to think that’s just one week left to go before I will be siting on the flight to LA. It will be a honor and a pleasure to representing Sweden in World championships of performing arts 2019 and there attending as an actress.

My first dream was to become an astronaut, but when I realized that I couldn’t be that, I decided to become an actress because then I can be just anything. When I was 10 years old, I became blind and then I thought my dream was crushed, because my self-esteem and self-confidence were low because of being bullied in school. I thought I would never see the sun again and I was very sad about that. I could no longer watch movies which had been my way of escape from reality when I felt bad. It took me several years before I got out of the depression and overcame my fear of talking to people/stage fear. Yes, there have been many up and downs on a winding road. Sometimes I felt lost and had a lot of anxiety, but I never gave up even if it was a struggle.

It was my dance teacher who was the person who influenced me and inspired me to fight for my dreams. He told me “with your attitude you can climb mountains. Sky is the limit”. Of course, he meant the mountain inside my head, but I took his word literally and started with a new hobby; mountaineering. My dance teacher said I had an expressive body language when I danced; as if I was acting and he encouraged me to bet on my dream. It strengthened me that my dance teacher saw me as a human being beyond my blindness. So, I took part in some courses in acting, but since there were prejudices about what I can do as a blind person, I didn’t get any roles, which I wanted. In parallel to all auditions, I started producing my own film productions and theater plays with my friends, because I didn’t want anything to stop me being ambitious. I had never dared to dream that the spark of the fighter within me would lead me to where I am today.

It is a great honor to be representing Sweden in World championships of performing arts in July 2019. If I look back over the last few months I see that I have developed and grown both as a person and as a professional actor. It has been a challenge to explore different monologues because as an actor, I sometimes force myself to stay in a memory or a feeling that is heartbreaking or filled with anxiety. The hardest part was, however, when after three months of training I realized that the monologue I had worked at most did not work. I understood then that it was not a failure to start from scratch and find a new monologue and reminded myself of just how much I had learned during the process.

In recent months I have explored various ways in which I can present my monologues and I understand that small details in body language make a big difference in how I reach out to the audience. Due to being blind, the real feeling comes from inside and that means I do not play a feeling. However, I have learned some things when it comes to body language. In the past few months I have attended a workshop in stage fight, tested acrobatics and taken more lessons in voice acting.

My friends have been my eyes and showed me things like how feminine body language looks from a stereotypical perspective, and then I have transformed it into my own interpretation. Sometimes it still felt as though I was stuck in the process but then I always found something else to work on; For example, create my website, plan the costume for my different monologues, work on the marketing of myself, searching sponsors or something else. There are so many parts that should clave like a puzzle. The biggest challenge has been keeping the monologue for one minute. Sometimes a minute can feel like a short time as I want to say so much but other times a minute feels like a long time since I use silence in my monologue.

During the process I have discovered different exercises for concentration but also, I learned that it is important to have patience and be flexible, since things are happening spontaneously, and I don’t know how big the stage will be. I also spent a lot of time this spring to find a strategy around how I will prepare backstage before I go on stage.

In addition to training on my monologues, I have done many other things as well. I got the honor to hold a speech on the Swedish version of Oscar (Guldbaggegalan 2019), and I have worked with my upcoming feature film Look through my eyes the movie (the trailer you can see on instagram: @ltmethemovie). In order to support myself financially, I have had a full-time job alongside all this and auditions. It doesn’t sound so glamorous, right? It sounds rather stressful.

Despite stress now in preparation time, it will be a fantastic experience in LA. What I humbly hope that the World Championships of performing arts can give me useful contacts to build my network, which can lead to future upcoming projects and the opportunity to show what my strengths as an actor are.

I must be much more committed as I compete against people who see, and therefore I have to give that bit extra to prove that I am good regardless of my blindness. I look forward to the competition and the feelings are like when I am in love; as if I have butterflies in my stomach.

My humble gratitude goes to all people who have helped me see through their eyes, given me feedback and helped me during the process. Since I get different feedback from different people I understand that it’s all about taste when it comes to art. I will take part in the contest as myself and just have fun.

7 reasons why competition is a good thing. 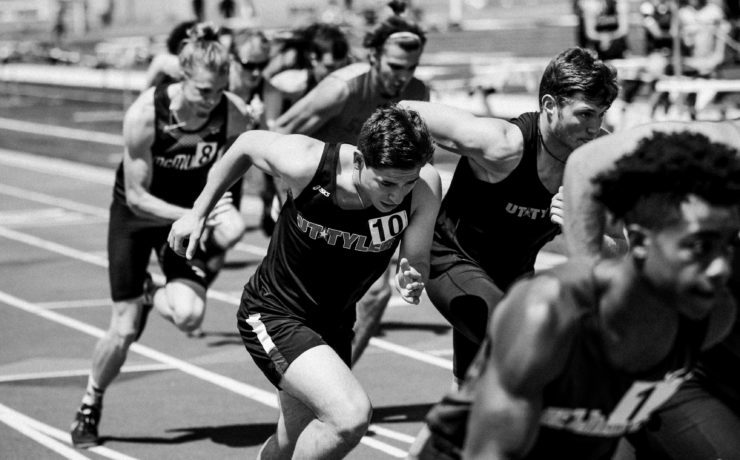 7 reasons why competition is a good thing.

The beginning of my journey